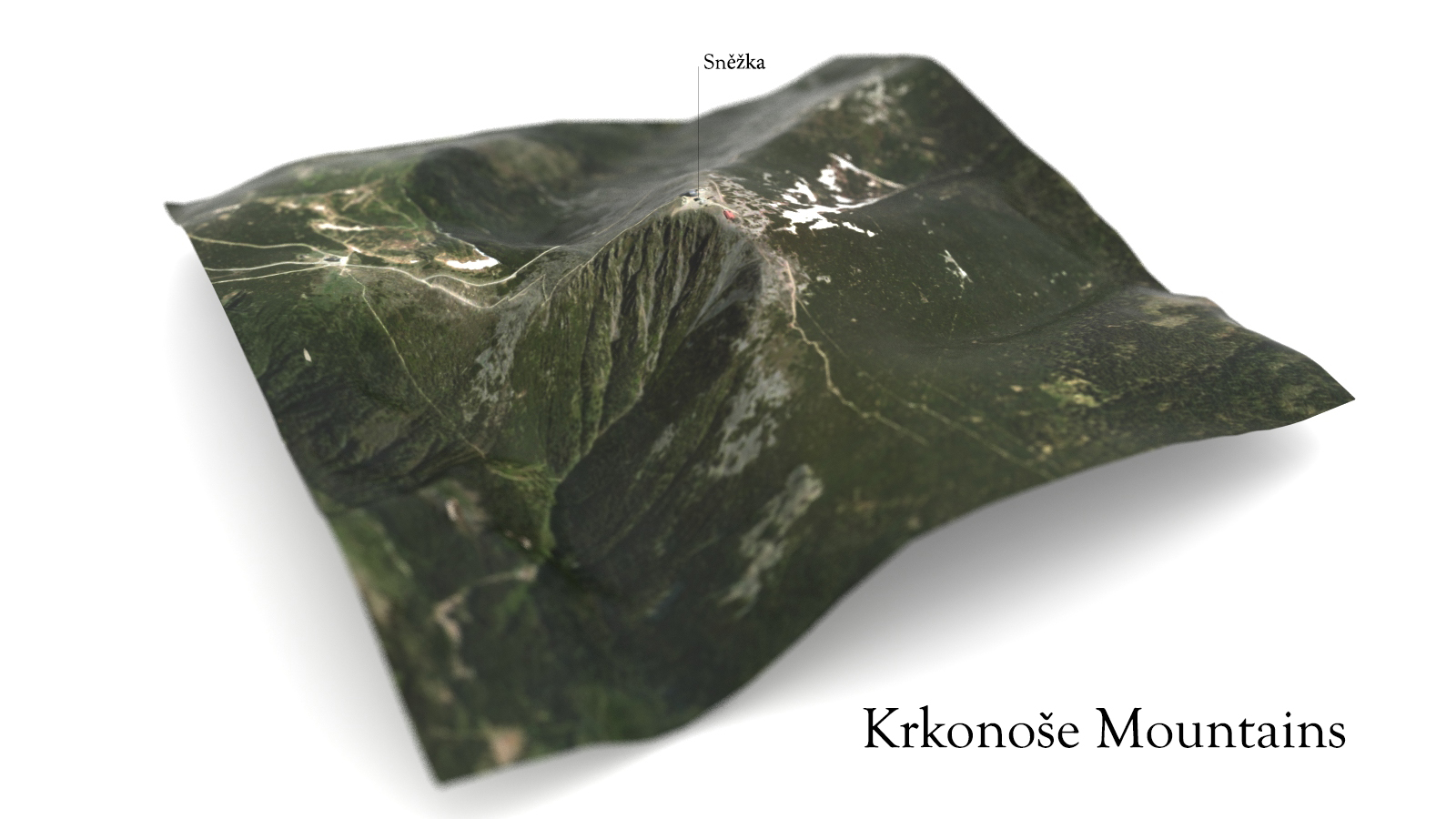 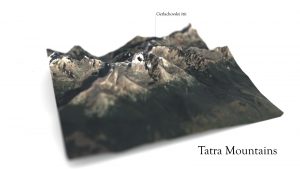 This was made in CAD softaware Rhinoceros 5.0, plugin Grasshopper and Gismo.
Map topology was transformed in to lines, those divided equaly in to points, those points were prossesed by Delauny triangulation in to the surface. Then I applied map texture on this surface and set the camera DOF to highlight the most important part of the rendered image. 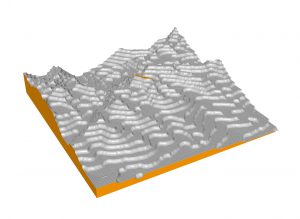 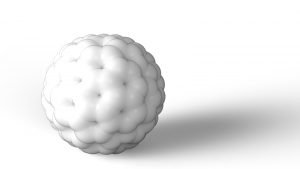 The coulors seen in the picture match the position and the ammount of the stress in the object. Basicaly the bigger the gradient is, there is a higher tension in the glass, that means it is more likely to break when used, beacause the stress is relaesed when the object breaks. These photos were made as a proof of concept using polarised light from a LCD screen in combination with another circular polarisation filter on the camera. As you can see, it works well. 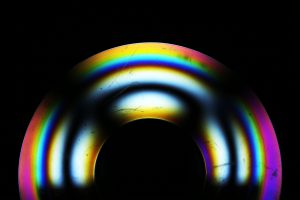 Plasma Ignition: 1] arc in the argon gas -> 2] solid sulphur melting -> 3] liquid sulphur vaporizing -> 4)sulphur gas molecules and atoms loosing electrons from orbitals = plasma = quasi neutral gas made out of positive charged nuclei ions and separated electrons from orbitals moving in electromagnetic field.
-this is low temperature plasma, only about 3000°C, still enough to melt the 3cm in diameter quartz glass bulb containing everything iside, it would melt at 1670°C if not cooled by air.
-energy is distributed without electrodes, trough the waveguide by magnetic and electric field of microwaves, 2,45GHz (same frequency as WIFI, just much more Watts)
-light distributed from this light source is made by atomic and molecular emmision, when electron from higher orbital is going on to the lower orbital, then the foton of visible light is transmited from electron
-electron gets the energy back again from the microwaves, so it is excited / jump up on higher orbital and after a while if posibble, it jumps to the lower energy level possible again while creating foton of light
-light form this source is very similar to the light made by sun, because it has continuous spectrum of clours, so you can see everything like in the day light (great for film industry or photography) Here you can see the final look of the “#Artificial_Life_Aquarell_Lighting”, based on WS2812B addressable LEDs driven by Raspberry Pi 3 + Teensy 3.2. Design of this project is made in cooperation with my friend and colleague Filip Dobias in occasion of Designblok 2016. In videos, you can see application of the generative art script, mentioned below this article. It uses cellular automata + boids algorithm to produce these beautiful fields of colors, actually it is kind of artificial life, based on simple rules developing on the 2D plane in time.
The screen is circular cutout of the matrix 30x30px = 900 px / LEDs and it has more than one meter in diameter. LED’s are projecting RGB light and mixing together on the screen made out of opal organic glass. The software is running on the Raspberry Pi 3 computer + Teensy 3.2 and it is live stream projected on the screen. The colour of the light can be off-course changed or manipulated in to the white light or any other color wirelessly from the laptop, PC , smartphone or any other device trough the VNC client.

We used this animation, as our favourite generative art script outcome. It was sourced from this amazing site: rectangleworld.com Thank you a’lot for your awesome work, we appreciate it’s simple beauty.

This is the the design for the brewery company TWO TALES. These are NEW re-designs of an older university project called “Platonic solids”, based on regular polyhedra solids. I added pendant LED lights hanging from the ceiling in adition to the previously existing design of the centre piece collection of vase and bowl. I have also idea to create these forms from thin flat sheet glass glued togeather in to the outer shape and then after to pour the internal hollow space with the liqiud silicon, which will solidify and make the whole piece look like to be made out of one piece of transparent glass. This spirit bottle was designed for the chinese spirit called “Mao Thai”. It has rich cutted body and the bottom. Liquid in the bottle is sealed by the cork stopper, under the glass cap, which works as the shot glass too. This trophy was designed for the “Czech-French Camber of Commerce” as a prize for the winners. There are several different types of shapes, which came from my interest in crystalography, so the shapes are matematical construct of absolutely perfect crystal without any iperfection in it’s 3D lattice. This particular one is Beta Quartz and the brass stand is it’s casted shadow made physical. This is an example of algorythm based modeling in Grasshopper plugin in Rhinocerros 5.0 CAD software. Whole algorythm works on simple rules of “Turtle logic”, which gives the virtual machine orders where to branch, at which angle and length in 2D plane or 3D space. This logic structre defined by algorythm and few variables eg. angle or length can also run different number of discrete times, called generations. Generations does change the virtual age of the plant from the young and simle to the old and more complex looking. 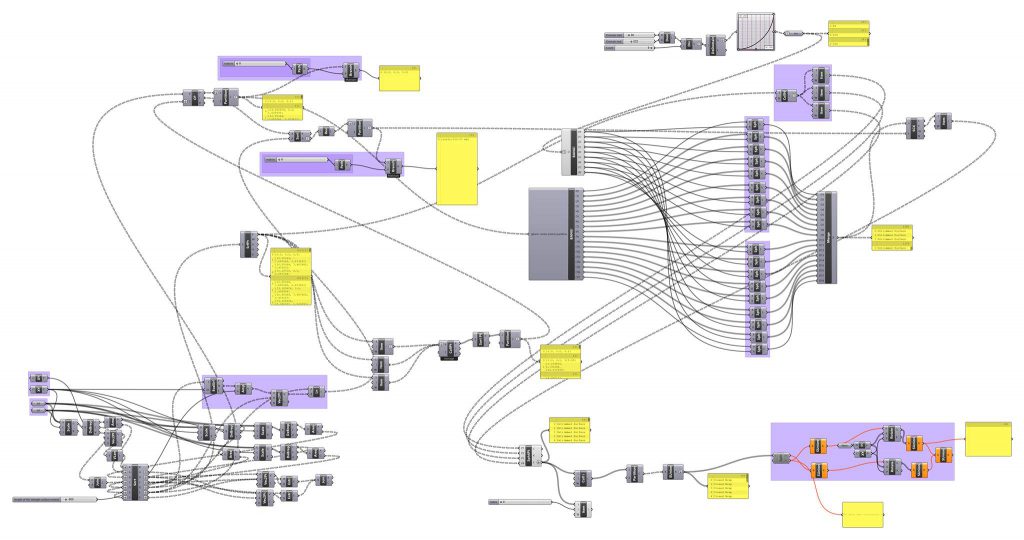